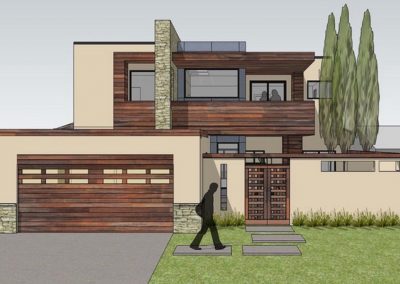 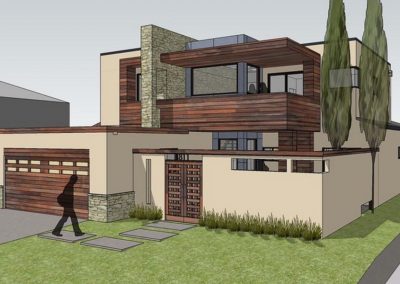 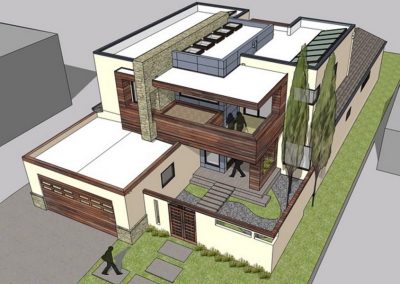 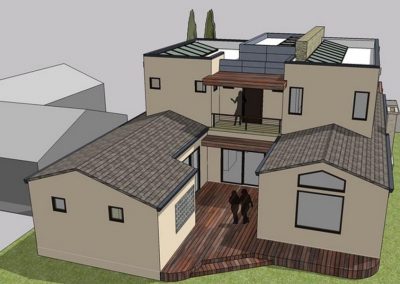 Though Roger and Kim had done two successful remodel+additions on their ranch home in Sunnyvale, they were not happy with the overall look and feel of their house. With Roger’s mother due to move in shortly, the functional program was to add additional upstairs floor area that would allow the family sleeping area upstairs. This would allow for the existing master suite to be inhabited by Roger’s mother and the former children’s bedroom to be repurposed as a guest bedroom and additional living area.

After we initially suggested a more conservative “ranch” style 2nd floor addition, Roger and Kim made it very clear that their heart was set on a more contemporary approach.

We responded with a courtyard design with flat roofs, large front and rear balconies, and a stone accent wall that both signifies the front entry and becomes an interior stair accent wall.

“Green” issues drove the design throughout, and we worked with the structural engineer to ensure that the family would be able to live in the house throughout construction. 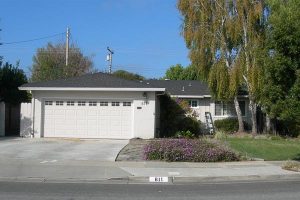 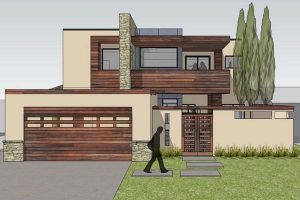