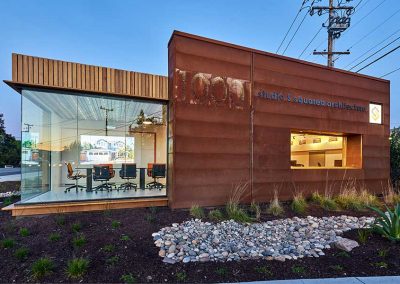 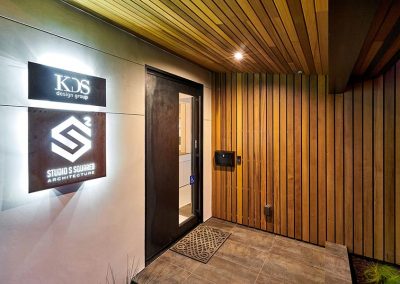 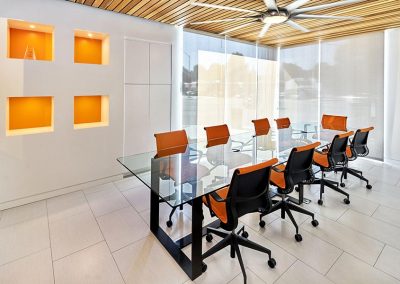 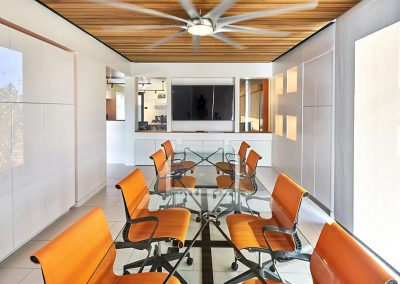 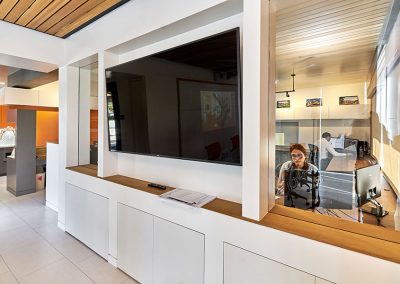 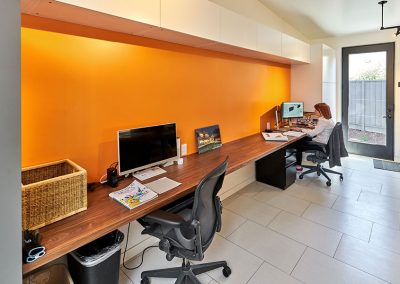 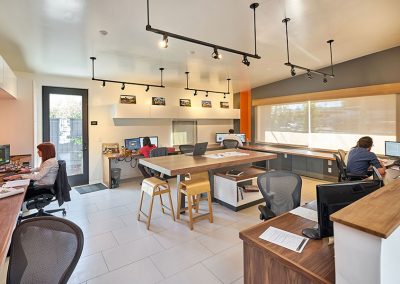 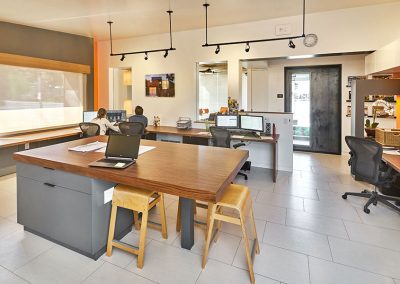 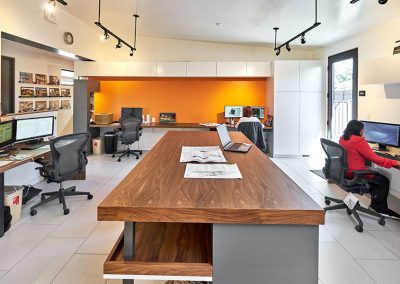 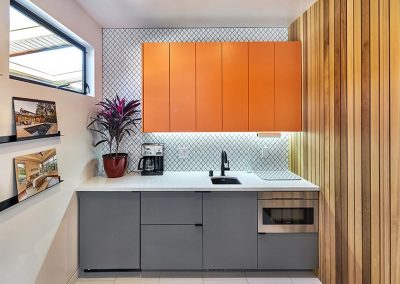 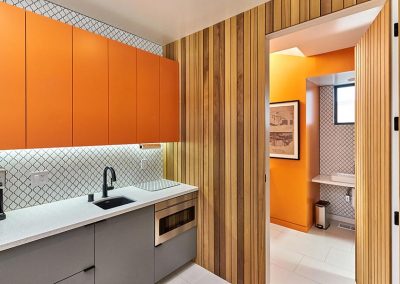 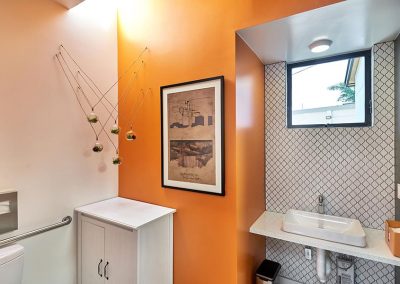 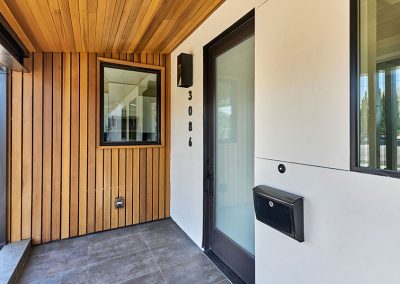 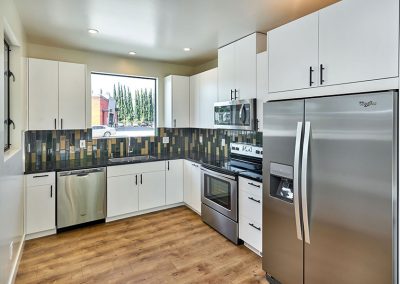 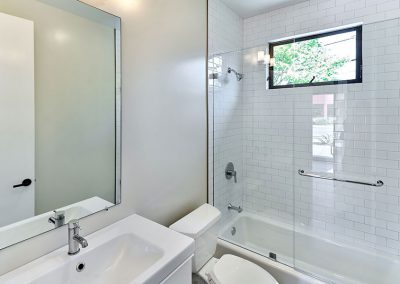 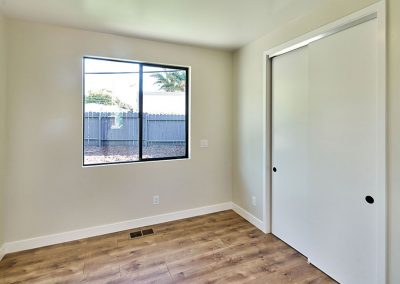 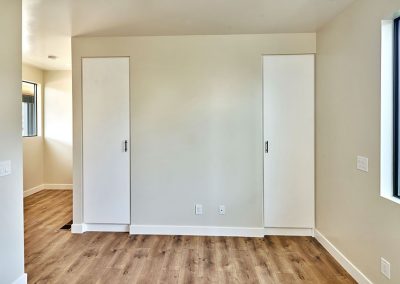 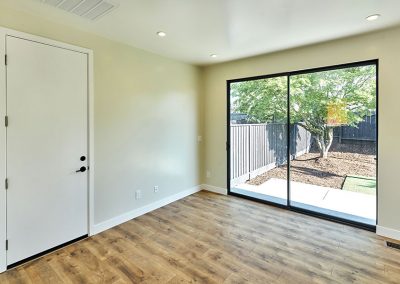 Upon removal of finishes, it quickly became apparent that our intended remodel had to become all-new construction due to a foundation that was cracked in 10 different places below grade and termite-infested wood framing.

After being told by the City that a major redesign would trigger an entirely new entitlements process, we opted for a minor redesign involving a slightly larger footprint and higher ceilings. Three months later, construction began anew and continued for another 14 months, concluding in January 2017.

Contact us today to start designing the office space of your dreams!