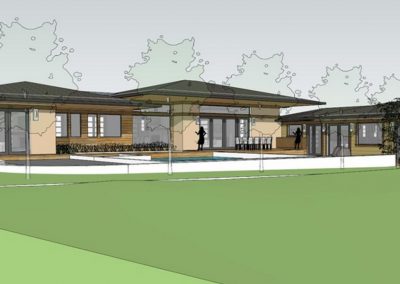 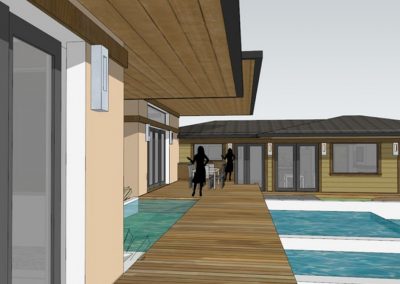 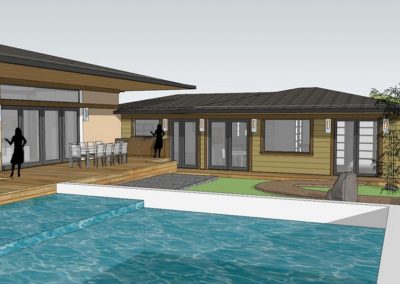 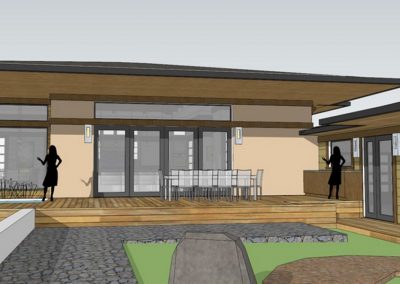 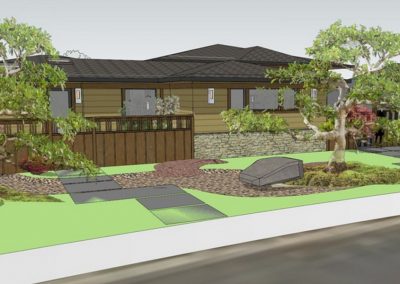 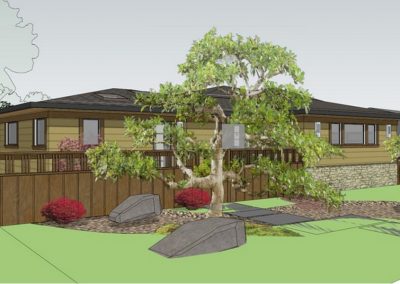 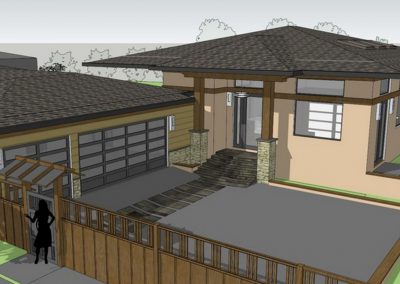 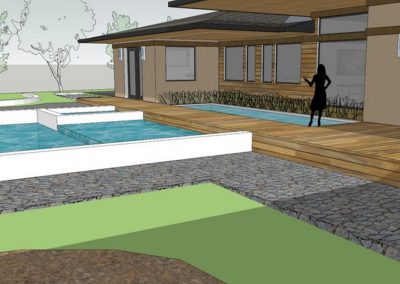 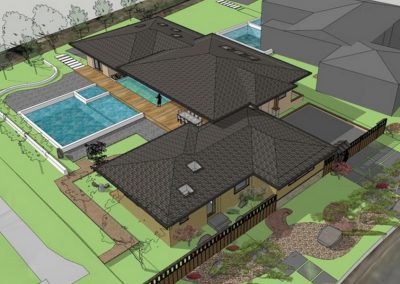 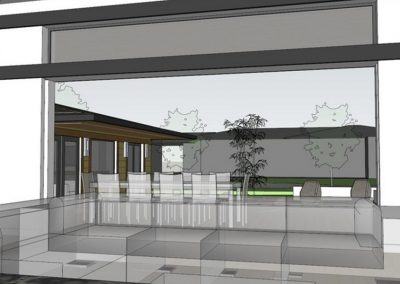 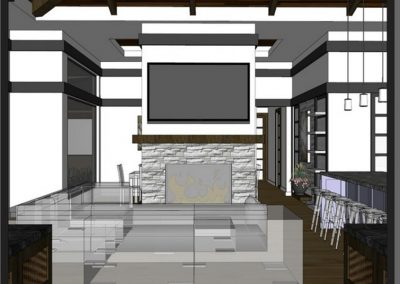 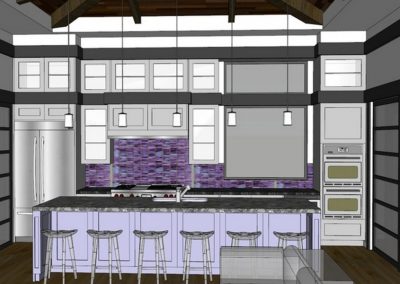 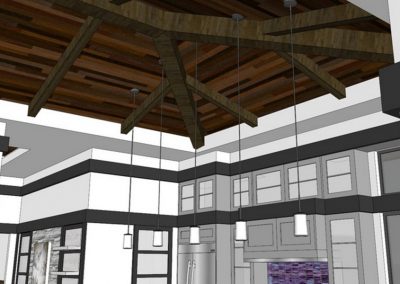 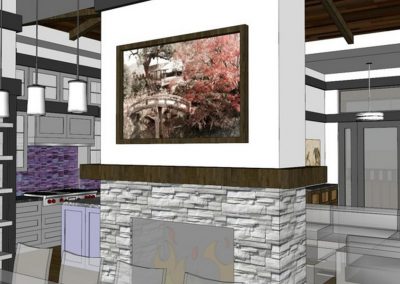 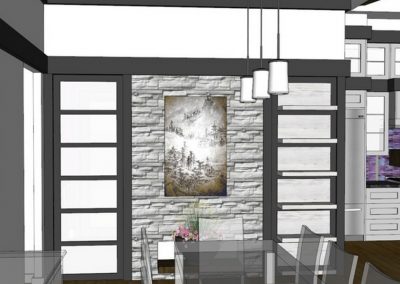 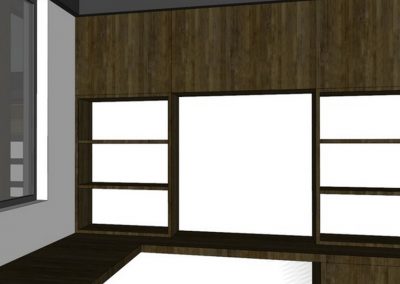 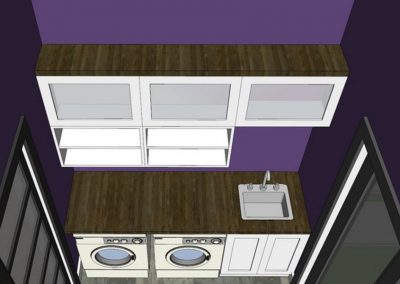 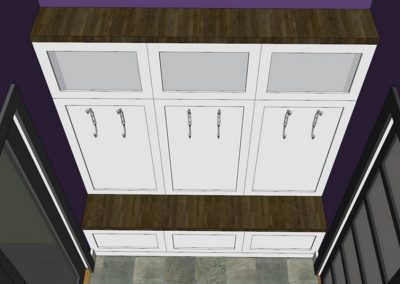 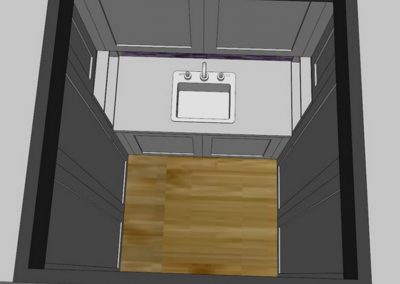 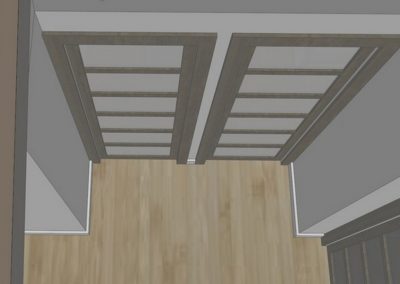 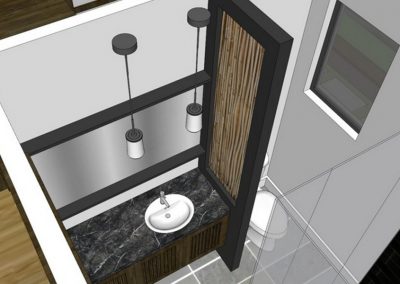 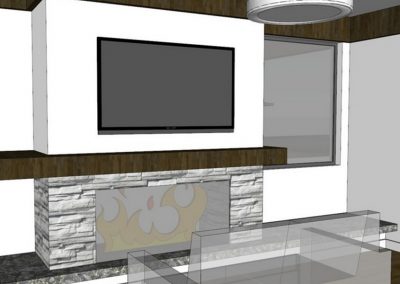 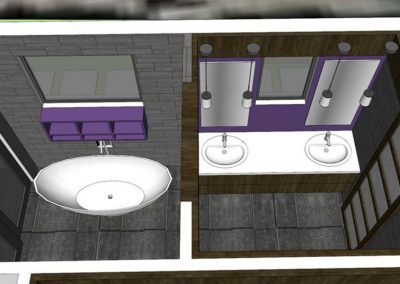 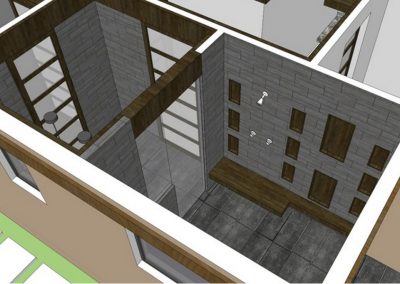 This project was envisioned from the start as a complementary piece to an existing ranch style home, custom built by our client’s parents in the 1960’s. The existing and new houses are intended to work as a family compound.

Unlike the existing home, whose south elevation faces a busy street, our design opens up the south facade and all rooms to a peaceful landscaped courtyard featuring a pool and traditional Japanese garden design. The main house features 3BR, 2.5BA, and a separate office. A second building buffers the courtyard from the street and houses a three car garage and 600 s.f guest quarters.

The house was designed to aesthetically complement the existing ranch context while expressing the Owner’s pride in his family’s Japanese American heritage.

Our design plays off the traditional Japanese concept of an “engawa” by creating a south facing outdoor walkway that connects all the rooms, and is sheltered by a dramatic cantilevered roof above.

Slab on grade construction, prefabricated roof assemblies, and simple modern finishes were selected with a mind toward the Owner’s budget of approximately $250/sf. We have encouraged the Owner to forgo air conditioning through use of passive solar design, 8″ thick exterior walls, and high-performance windows.

The project went through Saratoga’s design review process and was reviewed by the Planning Commission, who complemented the design’s architectural distinction while praising its sensitivity to the predominantly ranch home neighborhood. Quotes from the Commissioners follow:

“…LOVELY DESIGN…THOUGHTFUL, FUNCTIONAL, CONTEMPORARY, AND YET VERY MUCH IN KEEPING WITH SARATOGA’S LOCAL CHARACTER. SCALE AND PROPORTION ARE TAKEN CARE OF, CONSISTENT WITH THE NEIGHBORHOOD…LOVELY HOME, REALLY REALLY BEAUTIFUL…”

“…THE DRAWINGS AND PRESENTATION WERE EXCELLENT AND GAVE US A GREAT SENSE OF WHAT THE HOME WILL BE. A BEAUTIFUL AND UNIQUE HOME….”