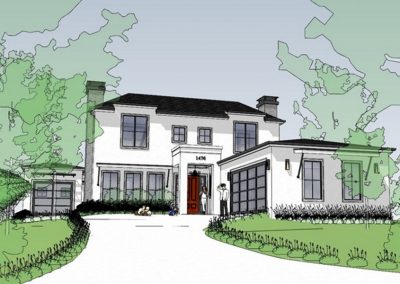 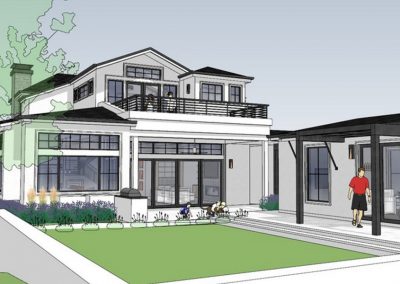 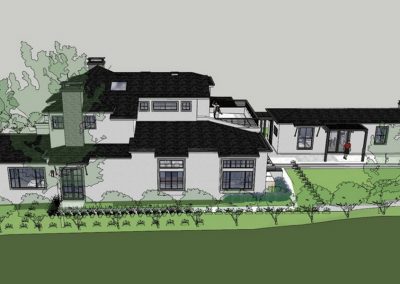 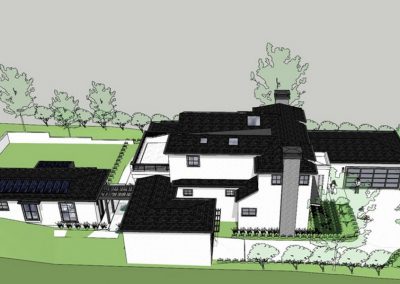 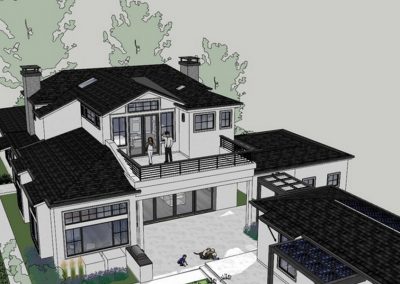 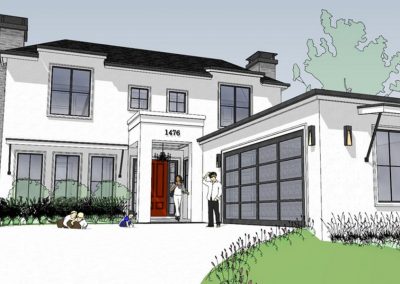 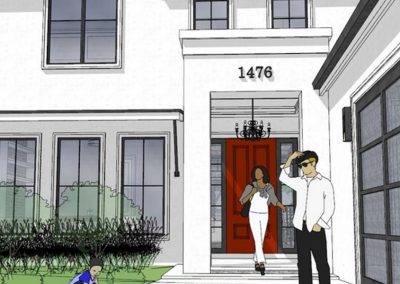 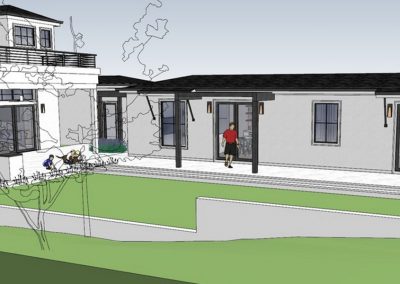 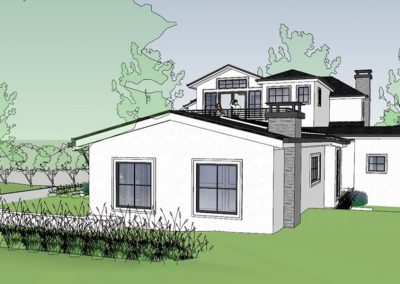 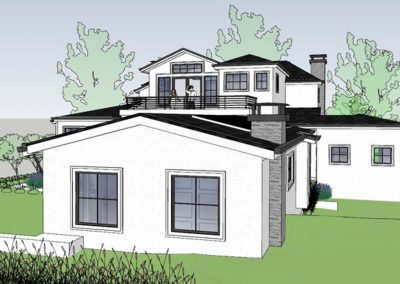 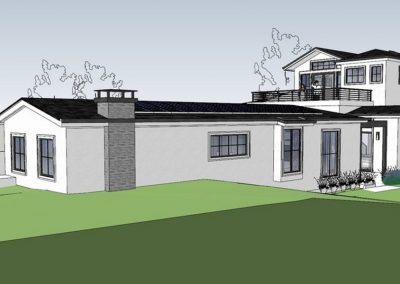 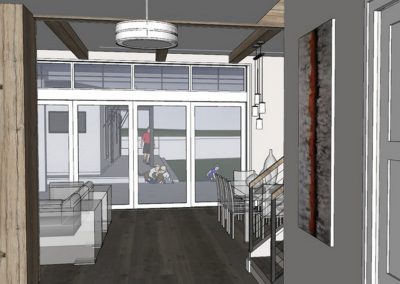 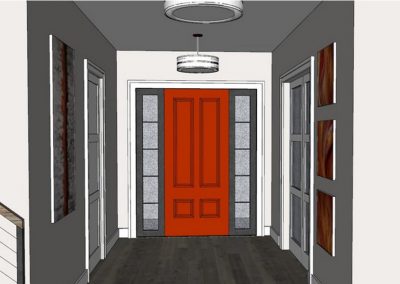 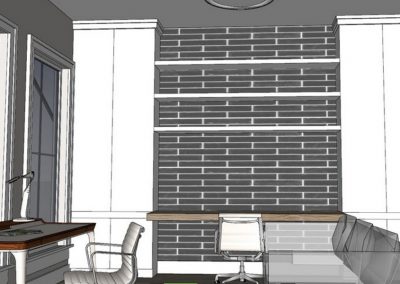 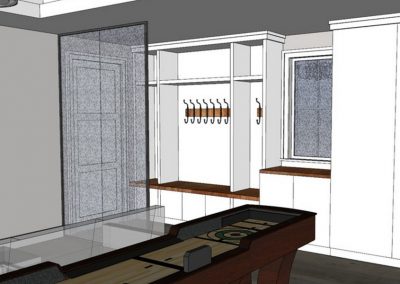 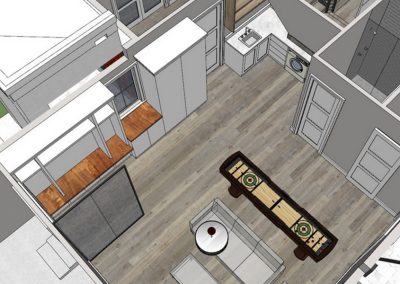 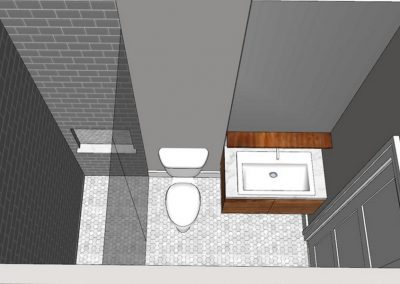 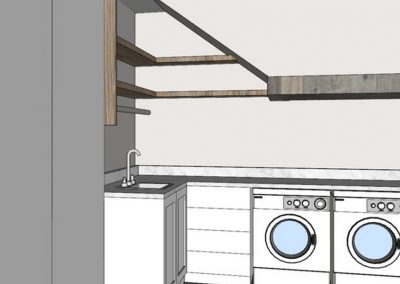 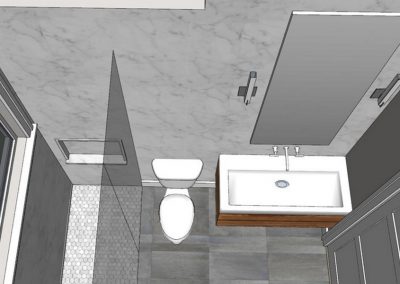 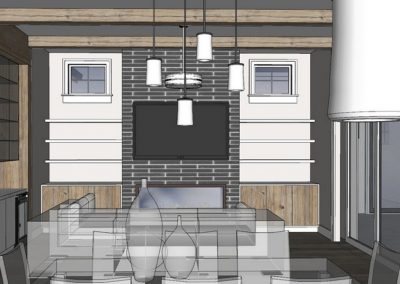 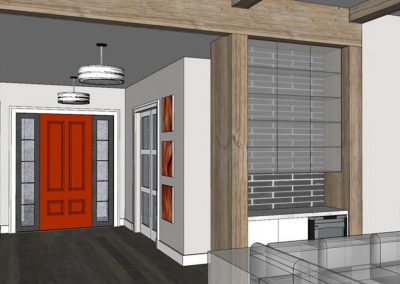 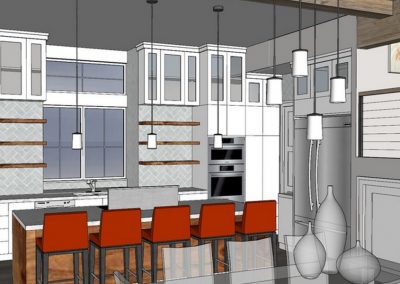 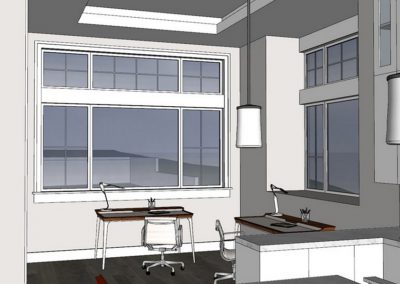 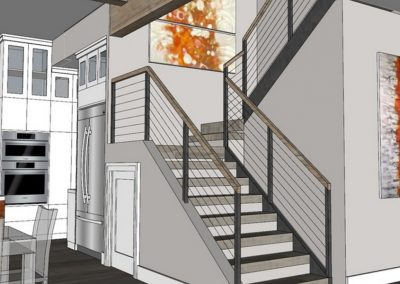 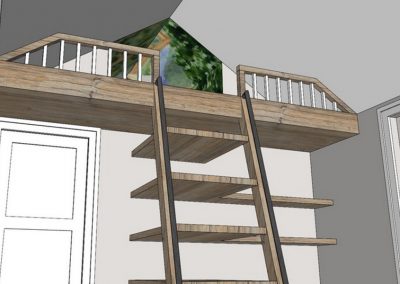 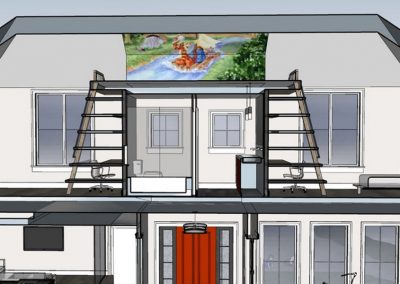 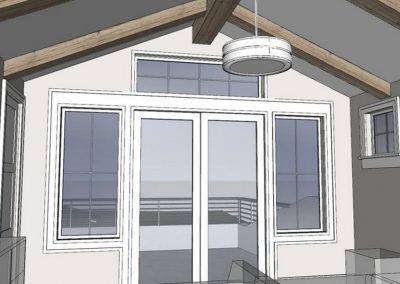 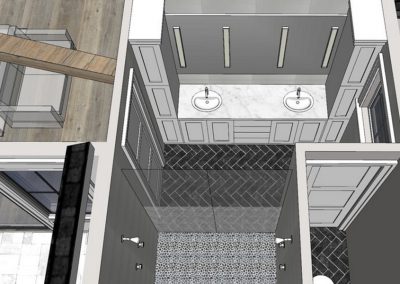 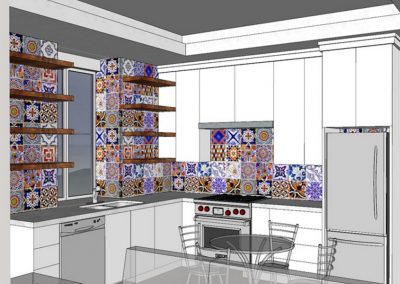 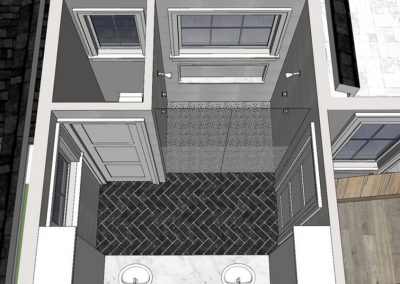 Bill and Erin originally hired us to design a remodel of their single story ranch home in Los Altos. After we looked at a number of options including both horizontal and vertical additions, the couple decided that their location behind Los Altos High School did not warrant a significant investment in a large project.

Shifting their attention to another lot entirely, Bill and Erin sold their house and bought a teardown on a 20,000 s.f. lot in an unincorporated part of Los Altos called Country Club Acres. Our design for a new home included space for the couple’s two young boys, as well as a separate casita for Erin’s father.

Eschewing the Spanish style we had designed for their remodel for cost reasons, Bill and Erin opted for a more budget-friendly transitional French exterior, with smooth white stucco walls and black clad wood windows.

The house was permitted through Santa Clara County and required both Building Site Approval (BSA) and a building permit.