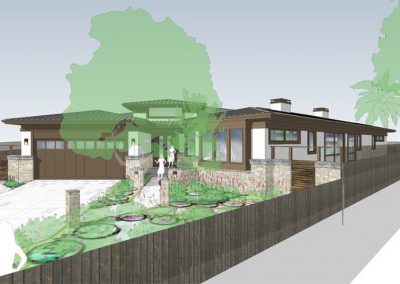 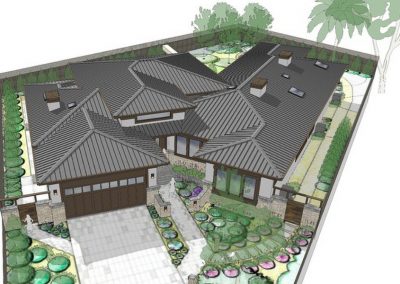 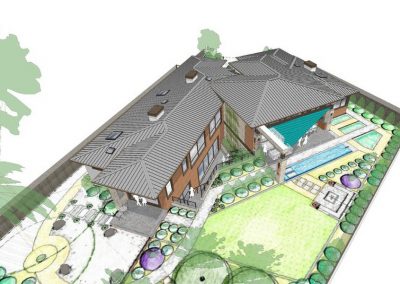 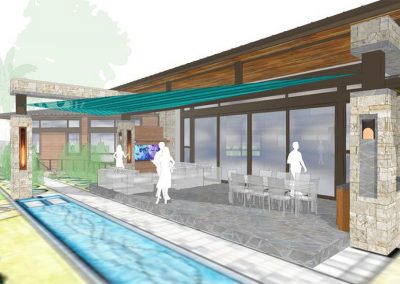 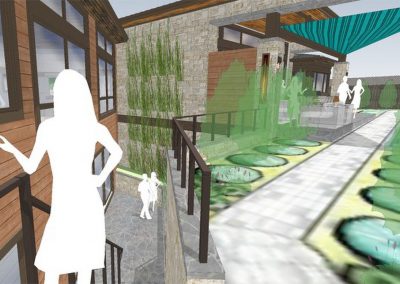 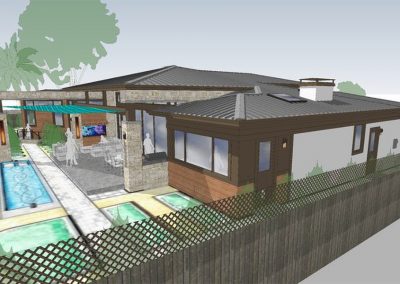 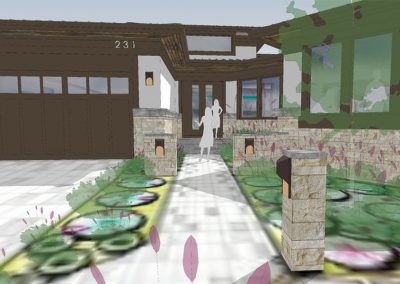 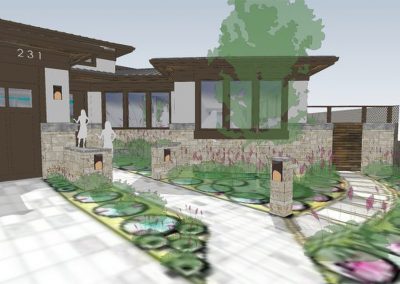 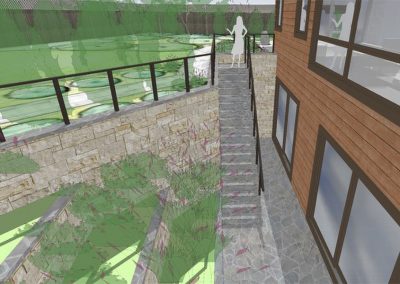 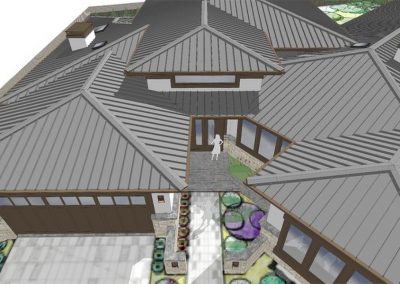 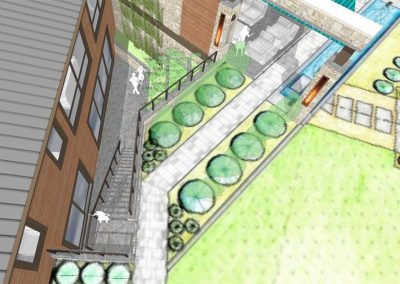 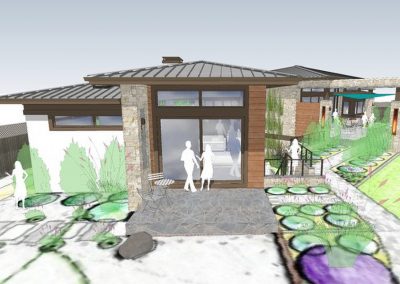 We love the challenge of odd-shaped lots, as they are often the driver of interesting forms and spaces that we would never try on a standard rectangular lot.

This cul-de-sac 1/3 acre lot in Los Altos has five property lines, none of which are parallel or orthogonal to each other. The resultant form is a house with two wings set at 47 degrees to each other, wrapping around a front entry courtyard which buffers the front door from the street, and a triangular below grade rear patio, which brings light and air to the partial basement.

The larger of the two wings contains the garage and main living area. With its higher ceilings, covered rear patio, and south-facing orientation, this light-filled wing has a scale befitting the public side of the house.

Intersecting the public wing at one corner, the bedroom wing features a ground floor master, four additional bedrooms, and four total baths. Generous living areas at both levels of the private wing create a hierarchy of spaces that allows the home to function equally well as a hub for social gathering as well as private family life.

Strategically designed to avoid triggering a Design Review Commission hearing, our design was approved by Los Altos Planning with zero neighborhood concerns, unlike previous proposals by other applicants.